Isaiah 8:19
When they say to you, “Consult the mediums and the spiritists who whisper and mutter,” should not a people consult their God? Should they consult the dead on behalf of the living?

Growing up as a Roman Catholic, I am all to familiar with how they pray to dead saints and pray for souls who have departed from the midst. I have also even seen them offer mass for departed souls on Christmas Day. Roman Catholicism, claims to adhere to the Word of God & tradition but what if the tradition they adhere to is explicitly spoken against in the Bible? Well, from what I have learnt about most heresies like Roman Catholicism, is that they thrive simply because of the sloth and ignorance of God that is prevalent among the people (Hos 4:6). In a study conducted in the US, the number of Roman Catholics who had read the Bible from cover to cover stood somewhere between 5 to 6%. In Sept this year, the Biblically repugnant Pope Francis asked Roman Catholics all around the world to pray to Mary (the Mother of Jesus) to protect the Church from the Devil supposedly. When you look at the scripture provided you above, it is very clear that beyond the grave people are cut-off from this world and the only Person whom we can pray to is that One Mediator who Died and Rose Again i.e. the Lord Jesus Christ, who is fully God and fully man. He is the only Person who can hear your prayers, no other Saint or Angel has either the capacity or the authority to hear people’s prayers.

1Timothy 2
5 For there is one God, and there is one mediator between God and men, the man Christ Jesus, 6 who gave himself as a ransom for all, which is the testimony given at the proper time.

2Cor 11
14 No wonder, for even Satan disguises himself as an angel of light. 15 Therefore it is not surprising if his servants also disguise themselves as servants of righteousness, whose end will be according to their deeds.

When we look at how Roman Catholic priests have been caught on pedophilia sex tapes and to top it all justify themselves saying that they didn’t know pedophilia was a crime while the Pope keeps silent, we understand that Roman Catholic priest have proven themselves to be the children of Satan because the dead saints they have been praying to all this while are actually demons in disguise. There is after all, good reason why the Bible refers to consulting the dead as an abomination as over consulting with the Lord (Isaiah 8:19). We must understand that there is no return for the souls beyond the grave but what is here on earth are those 1/3rd of the angels (now demons) who fell with Satan (Rev 12:4) and it is these demons who impersonate the dead and deceived people into praying to and for the dead.

John 4:10
Jesus answered and said to her, “If you knew the gift of God, and who it is who says to you, ‘Give Me a drink,’ you would have asked Him, and He would have given you living water.”

1 Jn 4:20
If someone says, “I love God,” and hates his brother, he is a liar; for the one who does not love his brother whom he has seen, cannot love God whom he has not seen.

I few days ago, I came across this Roman Catholic Church sign that said “fight for the living & pray for the dead” & when I came to reflect on what it meant against the background of what the Bible taught, I thought to myself… man… what a bunch of hypocrites these people are knowingly or unknowingly. You see, growing up as a Roman Catholic I have always understood that people only sincerely pray for the dead because deep inside they believe God is incompetent in dealing with their souls & come to think of it we live in the world that honours and is concerned about people only after they die. Here are a couple of examples: Vincent Van Gogh, who cut off his ear for a prostitute; then you have Emily Dickinson, who had a veiled English sophistication in going about her disrespect for authority while never accepting the Bible as an inerrant guide to life. You also have James Dean, the Hollywood bad boy who died with only one movie released and two in production. When I look at these people who because famous only after they died just like Roman Catholic Saints who are canonized only after their death, I realize and see the sorrow of the world which breeds death (2Cor7:10), that while these people were alive they did not care for them but when they died they suddenly felt that strong need to transfer their guilt to God because they did sweet nothing for them when they were alive. The fact however remains that what marks the people’s unbelief when their neighbour is alive also marks their unbelief after their neighbour is dead and gone. I say this because scripture says that if a person says he/she loves God whom he/she cannot see but does not love his/her neighbour whom he/she can see then this person is a liar (1Jn 4:20). Then when a person dies, his friends and family erect a beautiful tombstone to ease their memory of the neglect that person suffered at their hands when he/she was alive, while they pray desperately to God because from their unbelief they are given to believe God is no better competent than they are themselves.

Deut 18
10 There shall not be found among you anyone who makes his son or his daughter pass through the fire, one who uses divination, one who practices witchcraft, or one who interprets omens, or a sorcerer, 11 or one who casts a spell, or a medium, or a spiritist, or one who calls up the dead. 12 For whoever does these things is detestable to the Lord; and because of these detestable things the Lord your God will drive them out before you.

To concluded, I would only like to say that there is barely much difference between a Roman Catholic who prays to the dead saints or for the people who died and a necromancer to consults demons disguised as departed spirits to tickle the itchy ears of the unbelieving masses because as the Bible says where the corpses (unbelieving masses) are, there the vultures (heretic/apostate leaders) will gather. 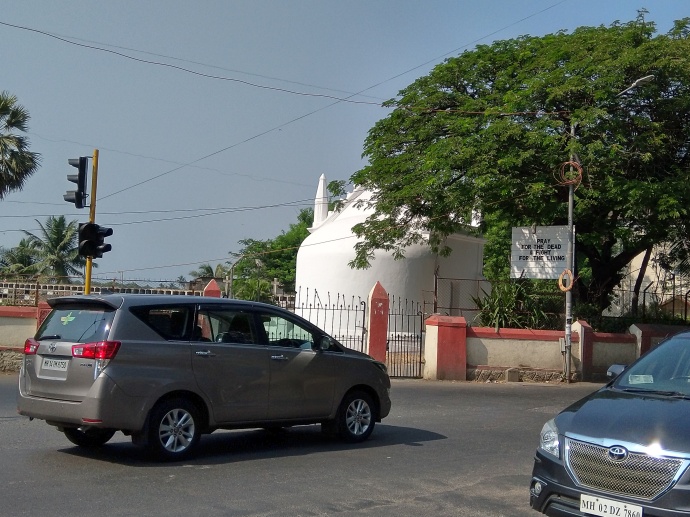