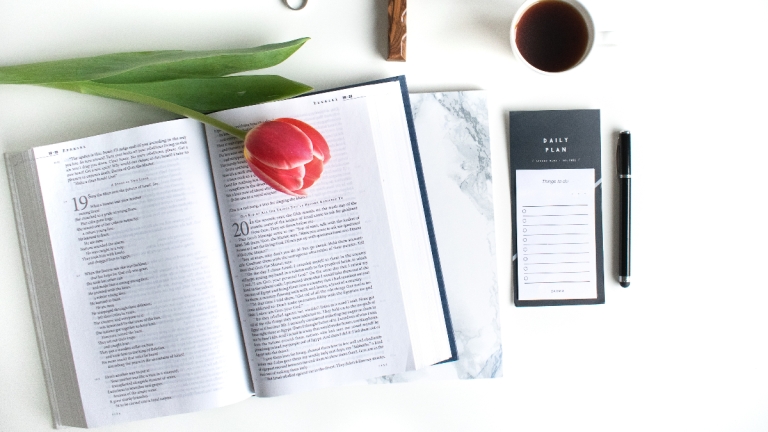 If a person refers to himself as a Calvinist, the first thing that comes to a lay person’s mind is that this so called Calvinist is follower of Calvin. This is a common misconception, the 5 points of Calvinism is elementary Christianity, this was not John Calvin’s concoction, a similar theological viewpoint was shared by Thomas Aquinas from the 12th century and the similar was shared by Augustine from the 4th century. It wasn’t as though Calvin was sitting idle that he chanced on this 5 point thought; the purpose of such theological viewpoints was to combat heretic doctrines prevalent at that time. Just as Augustine had to deal the Pelagianism, a heretic movement of his time following after Pelagius; similarly John Calvin was up against the Arminian movement around the 16th century, a heresy founded by Jacobus Arminius that was similar to Pelagianism. It seems heresies have trouble reinventing themselves; after all they cannot come up with anything original as they themselves as far less from the original.

The thing you will observe among most heresies is that they attempt to take what matters out of the hands of God and place them in the hands of man through working merit. Under the pretext of not giving God but man, the requisite glory they conveniently take the position of bringing religious institutions under their own authority, using the idea that the Bible teaches only what is most opportune to them. Such champions like John Wesley and Charles Wesley have used this carrot and stick system, which works under the idea that ‘glory’ is held like carrot strung from a stick before the so called believer, whose fruitless move towards this carrot-glory, only works to further the interest of the heresy that rides on his back holding the stick.

The five points of Calvinism can be remembered by the simple acronym: TULIP, which is as follows:

Total Depravity:
This is the very first point and is fundamental to anyone who refers to himself as Christian. Total depravity says that without God working in any or every person, that person does not have the capacity to do any good, let alone believe in God. To be more colloquial Total Depravity says that we are trash, yes add to that unrecyclable. All mankind for the exception of He who came as Man, are wretched and wicked. The importance of agreeing with total depravity is that this is the ultimate tool of repentance, a repentance that only God can give you and will lead you to worship Him in a way that pleases Him, where you exalt Him over yourself.

Matthew 5:3
“Happy are those who know they are spiritually poor; the Kingdom of heaven belongs to them!

James 4:9-10
Be wretched and mourn and weep. Let your laughter be turned to mourning and your joy to gloom. Humble yourselves before the Lord, and he shall lift you up.

Unconditional Election:
Among the five points of Remonstrant/Arminian, their belief system that goes against the Unconditional Election, attempts cleverly to pull some wool over the eyes of the believer. They say God looked into the future, saw who would believe in His Son and accordingly chose His people within this condition. The five points of the Remonstrant are truly hilarious; they seem to have no divine revelation of God but are just a product of theological schooling to those whom God has revealed nothing. The language in the five points of the Remonstrant attempts only to confuse the reader as to what clearly is their theological argument. The probable reason for this could be that it is better for them to be labeled as stupid by the wise few, rather than by the majority, to whom they may seem knowledgeable because of the high flying language they used.

If God chose His people based on Him looking into the future and seeing who believes in His Son then we are saying that God chooses people whom He sees choosing Him. Do we need to apply: what came first the chicken or the egg, here too? In such an area the Bible clearly states that nothing and no one can be His counselor. If there was ever such a thing as what the Arminian thinks is true then we are implicitly stating God can look into a future and take advice from the lives of those whom He asks not to lean on their own understanding (Proverbs 3:5), while He secretly must lean on their understanding to know who are His people.

The truth is God needs no counsel in the decisions He takes (Romans 11:34), people believe in Jesus because He chose them before the beginning of time and it is certainly not the other way around.

John 15:16
You did not choose me, but I chose you and appointed you that you should go and bear fruit and that your fruit should abide, so that whatever you ask the Father in my name, he may give it to you.

John 6:43-44
Jesus answered them, “Do not grumble among yourselves.
No one can come to me unless the Father who sent me draws him. And I will raise him up on the last day.

Ephesians 1:3-4
Blessed be the God and Father of our Lord Jesus Christ, who has blessed us in Christ with every spiritual blessing in the heavenly places,
even as he chose us in him before the foundation of the world, that we should be holy and blameless before him. In love

Against the convenient Arminian argument of Romans 8:29, which says whom He foreknew He predestined, the “knew” there is actually implying intimacy rather than foreknowledge. The same ‘knew’ which in Genesis 4:1 says: And Adam knew Eve his wife; and she conceived,.. The same knew which is also in Jeremiah 1:5, referring to God’s intimacy with His people.

The atonement of Christ’ sacrifice is limited in the sense that it only applies to the Church. Yes the Arminians have scripture to argue their viewpoint. They will quote John 3:16 and pretend to ignore that the “whosoever believes” mentioned in John 3:16 is none other than the Church. Then they will also quote

1 John 2:2
He is the propitiation for our sins, and not for ours only but also for the sins of the whole world.

But it is important to note from Galatians 2:9 that John was an apostle who served a largely Jewish audience and since there was great debate among the Jewish believers in regards to Jesus being a Savior only to the Jews, John used 1John 2:2 to make clear while writing to these Jews that just as God had chosen those from among the Jews a people who would believe in His Son, He also chose from the Gentiles from every tribe and nation (Rev 7:9) of the world a peculiar people to be His Church.

Given below are a few scriptures that highlight the atonement of Jesus Christ specific to His Church.

Titus 2:13-14
waiting for our blessed hope, the appearing of the glory of our great God and Savior Jesus Christ,
who gave himself for us to redeem us from all lawlessness and to purify for himself a people for his own possession who are zealous for good works.

1Peter 2:9
But ye are a chosen generation, a royal priesthood, an holy nation, a peculiar people; that ye should shew forth the praises of him who hath called you out of darkness into his marvellous light:

Irresistible Grace:
According to Arminian doctrine God’s calling can be resisted because they appear to have cited scripture in which people have resisted the Spirit’s calling unto Christ. They are probably citing Acts 7:51

Acts 7:51
“How stubborn you are!” Stephen went on to say. “How heathen your hearts, how deaf you are to God’s message! You are just like your ancestors: you too have always resisted the Holy Spirit!

In fact if you go to a chapter ahead, this is what you will find. Note Acts 6:10.

Acts 6:9-11
Then there arose certain of the synagogue, which is called the synagogue of the Libertines, and Cyrenians, and Alexandrians, and of them of Cilicia and of Asia, disputing with Stephen.
And they were not able to resist the wisdom and the spirit by which he spake.
Then they suborned men, which said, We have heard him speak blasphemous words against Moses, and against God.

As per Philippians 1:29, it was counted to Stephen to suffer and die for the sake of Christ. Yes this is the commitment God asks of His people and so God made the murderers of Stephen stubborn as He did with Pharaoh (Exodus 9:12). It is plain and simple to see that God calling is to His Church and not to the world, once you get this it is easy to understand that His grace is irresistibly efficacious.

Acts 13:48
..as many as were ordained to eternal life believed

Perseverance of the Saints:
Many so called Christians are of the notion that their Salvation is something they require to work out and the scripture they hold in their favor is Philippians 2:12 and sometimes to oppose the doctrine of once saved always saved they cite the case of Judas Iscariot who was among the chosen.

Philippians 2:12
Therefore, my beloved, as you have always obeyed, so now, not only as in my presence but much more in my absence, work out your own salvation with fear and trembling,

John 17:12
While I was with them, I kept them in your name, which you have given me. I have guarded them, and not one of them has been lost except the son of destruction, that the Scripture might be fulfilled.

In the case of Philippians 2:12, it is important to read that scripture in its context. So here is need to quote

Philippians 2:13
because God is always at work in you to make you willing and able to obey his own purpose.

Philippians 2:13 shows you that it is in God and not the believer, in whom the believers Salvation is secure i.e. even in showing saving faith through works (James 2:17).

Below are a few scripture that will show that Salvation is guaranteed to the Church i.e. the body Jesus’ believers, a promise that is secure not in the hands of man but in the hands of God Himself.

Eph 4:30
And do not make God’s Holy Spirit sad; for the Spirit is God’s mark of ownership on you, a guarantee that the Day will come when God will set you free.

Jeremiah 32:40
And I will make an everlasting covenant with them, that I will not turn away from them, to do them good; but I will put my fear in their hearts, that they shall not depart from me.

1Peter 1:3-5
Blessed be the God and Father of our Lord Jesus Christ! According to his great mercy, he has caused us to be born again to a living hope through the resurrection of Jesus Christ from the dead,
to an inheritance that is imperishable, undefiled, and unfading, kept in heaven for you,
Who are kept by the power of God through faith unto salvation ready to be revealed in the last time.

As for all the heresies that have stemmed out and turned apostate from the believing Church 1John 2:19 has this to say in regards to them:

1John 2:19
They went out from us, but they were not of us; for if they had been of us, they would have continued with us. But they went out, that it might become plain that they all are not of us.

So these are these are the 5 points of elementary Christianity colloquially known as the TULIP concept of Calvinism. As you may have noticed though this is purely elementary, it has great depth.